Finally in my memories of my 7 week road trip around the US and Canada, we returned to the USA and started down the east coast. From New York onwards, I was travelling solo for the first time.

To finish off, we have part 3, which was the section of the journey I had always intended to do from the moment it was confirmed I would be living in the USA for a year – travelling down the east coast. 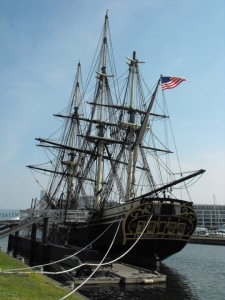 I studied history at university, so of course we had to follow the Freedom Trail – a red line painted onto the ground that directs you around the historical sites of Boston like the State House, first public school, Paul Revere House and Copp’s Hill Burial Site. We had lunch at the conveniently located Quincy market which has a massive choice of food. The trail ends at the USS Consitution, which is still manned by the Navy, where you can take a tour under the deck. While in Boston we also visited Salem for the witch museum and historic walk, and Harvard which runs free guided tours. After three days here, we were off again to the place I had been looking forward to most on the sat coast.

Finally! I had intended to spend six days here, but as I was having trouble booking accommodation for Richmond and Raleigh and I realised just how much there was to see, I ended up extending it by another two days. I think I’ll have to go into New York in another post sometime because there was just so much, but a few of my highlights:

I bought a 7-day New York Pass which was invaluable – one up front price then I had free, often fast-pass entry to basically all the attractions I wanted to visit. Not the cheapest way to see New York, but if you’re going to do all the attractions anyway you’ll make that money back so fast.

Only 1 day here to see some more historical sites, pretty much all from the independence era – Independence National History Park, National Liberty Museum and various monuments and plaques. 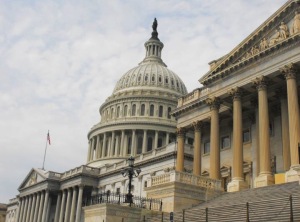 I had four days here to go around the museums and many landmarks. Washington is focused around the ‘Washington Mall’ – a long strip that stretches from the Capitol Building to the enormous Lincoln Memorial. Do not underestimate how far that distance is! I ended up buying a 2-day ticket on a sightseeing bus which gives a narrated tour as well as dropping you off at all the important locations. The museums (natural history, american history, air & space, holocaust) are all excellent, as are the temple-like monuments. Arlington Cemetery is also worth a tour.

Literally a 1 day beach stop – and I needed that down time after so much time on my feet! I spent the day reading and swimming.

2 days at the final stop on my tour. It was back to the kind of places I had visited while living in Georgia with that distinctive old town southern charm. I looked around the old city market, the slave mart museum and Fort Sumter monument, and spent quite a bit of time just wandering around the pretty streets. Also there was the cutest dog at the hostel I was staying at.

Then, 7 weeks after I had first set out, I got on my final 7 hour bus ride back to Atlanta where I spent a couple of days chilling at a friend’s house before flying back to England.

It was an incredible road trip to an incredible year, and really was the true start of my travelling bug. I had been around Europe before on family holidays, then volunteered in Nicaragua after leaving school – but this, travelling alone, planning everything and traversing a continent was what really made me catch the wanderlust bug. I had worked 8-12 hour shifts in KFC 6 days a week the previous summer to save up enough money to make the most of my year abroad – and I did just that!

If you’re a student or in school at the moment, don’t waste those long weeks you have off in the summer – it’ll never be so easy again to travel for long periods. Save up, then book that flight! I promise you won’t regret it.

The next time I do an American road trip, I’ll be hiring my own car to do the Pacific Coast Highway. It wasn’t possible to hire a car when I did this trip because of my age (you cannot hire a car in the US, or most other places, if you’re under 21). I wouldn’t change that for this trip because of the distances involved, and also because of costs – Greyhound bus, while in no way fancy, was the perfect way to do it.

What’s your American road trip dream? Let me know in the comments!